FIM 2010: How to use std. EnumerateResourcesActivity

This actually originates in an error in the Microsoft.RessourceManagement WF-activities, but none the less – it is a problem for many people on how to use this specific Activity.

When dragging on a EnumerateResourcesActivity to your design surface – you do not immediately see a lot of possibilities for enumerating the retrieved values! The only mandatory values you can set from the designer/properties dialog are: 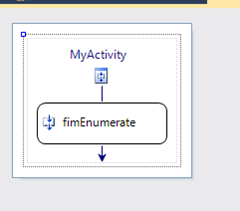 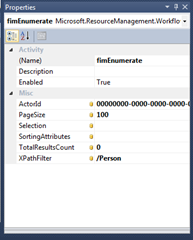 Why is it not possible to retrieve the values enumerated by the Activity? This is due to the fact that the Activity designer built-in to the EnumerateResourcesActivity is wrong. You unfortunately need to go into the <activity>.designer.cs file to correct these errors manually ;-) 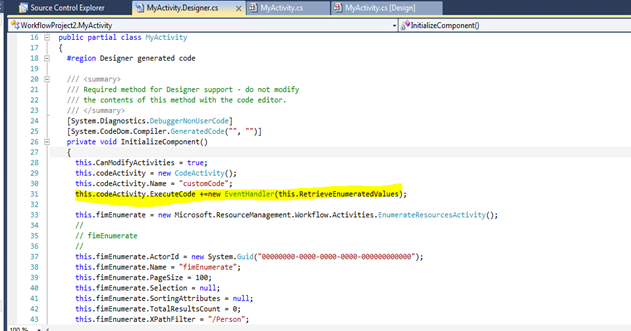 Important is of course the eventHandler (.ExecuteCode += ….) on the codeactivity. This event wiring will point to a method you add to your main code class like this: